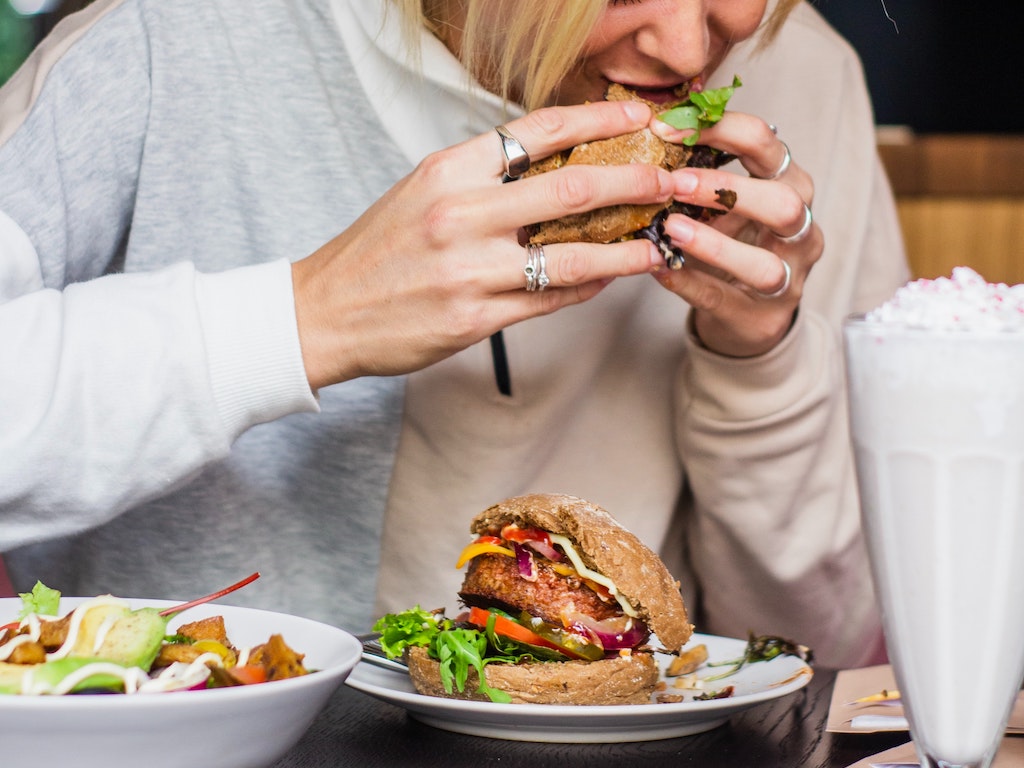 People in England should cut their meat consumption by 30%, the new food strategy says. The advice is part of the second instalment of the government-commissioned National Food Strategy. Led by Henry Dimbleby, the founder of British restaurant chain Leon, the strategy details the sustainability and health benefits of reducing meat intake.

“Our current appetite for meat is unsustainable,” read the report. According to the report’s findings, 85% of farmland is used to feed livestock, but animal protein only provides 32% of the calories consumed. But plant crops grown for human consumption offer 68% of calories, while using up just 15% of land.

For many, the unsustainable nature of livestock farming is not new. But the strategy, outlined by Dimbleby, also tackles the myth that grass-fed meat is climate-friendly. Instead, the public simply needs to reduce its consumption of meat altogether by a third.

People also need to increase the share of vegetables and fruit they eat, while lowering their consumption of high fat, salt and sugar by 25%.

Dimbleby was commissioned by the government in 2019 to review England’s food system. It marks the first time such a review of the nation has taken place in 75 years. The latest update recommending a 30% reduction in meat intake is “part two” of the report, released one year after the first edition.

This National Food Strategy is meant to help advise policies in England, but Dimbleby believes that these could also apply to Wales, Scotland and Northern Ireland. “Our food systems are so tightly interwoven as to be in places inextricable,” said the report.

No to meat tax, yes to incentives

While advising a 30% cut in meat consumption, the report does not call for a “meat tax”. It described such legislation as “politically impossible”.

However, U.K. health professionals have previously urged for carbon tax to be introduced for high-emissions foods like meat and dairy.

What Dimbleby’s report does recommend is that food companies play their part in “nudging” shoppers in the right direction. They can help consumers shift away from meat-based dishes and towards plant-forward options, for instance.

“Supermarkets and chain restaurants sell us the majority of the meat we eat. They will therefore have a vital role to play in tempting us to eat more plants and a bit less meat,” said the report.

It added: “The retail industry, with its highly-developed powers of persuasion, can do a great deal to help consumers follow through on their good intentions.”

Lab-grown a solution for meat lovers

Meat lovers may be disappointed about the National Food Strategy’s plan to slash meat intake, but some entrepreneurs believe there’s a huge opportunity in cellular agriculture. That is, growing meat directly from cells in bioreactors, instead of raising and slaughtering them.

British startup Ivy Farm, an offshoot of Oxford University, believes that the U.K. could become a hub for cell-based alternatives.

“Our national diet has to change but rather than cutting back on meat there is another way – backing cultured or ‘lab-grown’ meat,” said the startup’s co-founder and CTO Russ Tucker.

“We warmly welcome Henry Dimbleby’s call for the Government to provide meaningful funds for innovation and we would urge Ministers to take the potential of cultured meat seriously. It’s real meat, but with a far lower carbon footprint.”

Ivy Farm says it plans to bring its cultured sausages to market by as soon as 2023. Other players in the country’s cell-based industry include Higher Steaks, Hoxton Farm and CellulaREvolution.

In a statement, GFI Europe policy manager Elena Walden said: “Plant-based and fermentation-made options can deliver all the flavour of meat at a fraction of the environmental cost – creating thousands of green jobs and enabling people to keep eating the foods they enjoy.”

“Investing in this sector is no-brainer if the government wants to meet its climate targets without enforcing drastic diet changes. Ministers must deliver Henry Dimbleby’s plan to make the UK a world leader in sustainable proteins.”